Hello, I am. Today we continue to play NAS with hard core.

The first half of this article is a simple product introduction, and the second half is a very hard-core automated drama tracking deployment (really very 6 operations). It took me at least 72 hours to understand this part from a small white. Please also watch carefully and ask questions if you don’t understand. According to my nanny and tutorial, it should be done in two hours, haha.

++++Plex, the final effect is as follows: the film, TV series and animation are all finished.

Truthfully, you can understand the automated drama. You really understand NAS, especially the folder mapping. If you are not convinced, try it. Of course, we can also communicate with each other where we don’t understand. Welcome to follow!

The content of this article is long, and the overall framework is shown in the figure.

I have been playing NAS for a long time before. My colleague is very happy with me. He can also feel the convenience of NAS from time to time. So after a while of entanglement, I asked me to help choose one. I chose the entry-level dual-disk NAS of the arm architecture for him while the TS-216 was launched. I also played a lot of NAS before. For daily file backup and audio and video experience, the NAS of the ARM architecture is absolutely enough. With two 4T hard disks, and the 2G memory of the TS-216, it will take three to five years to use.

Everyone knows that I am willing to help others. My colleague is playing for the first time. I have also been studying the content of automatic investigation recently. So after I get the machine, I need to help him configure the video library for him. This time, I use the solution that Doker cooperates with TR, hangs PT to download the video files without cache, and then uses Plex as the poster wall.

About the choice of NAS architecture

There are basically two types of NAS architecture: X86 and ARM. X86 focuses on performance, while ARM focuses on low power consumption. X86 is commonly used in some highly configured NAS. The highly configured NAS can be a performance monster, and its colleagues are also electric tigers. The CPU of ARM architecture basically focuses on low power consumption, which is common on TV box tablet computers and entry-level NAS.

For daily household use, ARM can basically meet the needs of file storage and audio and video, and the comprehensive power consumption is relatively low. It is a good choice to let him lie quietly in the corner.

The configuration is as follows

Memory: 2GB of on-board memory is sufficient for the arm architecture of nas. After all, other brands still hover around 1GB;

It is equipped with a gigabit network port and three USB ports.

The blue and white packaging is very similar to the nas style. The functional parameters are introduced in detail. The package contains the host, power supply, network cable, and various screws.

The overall appearance is black, and there is the metal blue color decoration of Verizon family in front of it. It is made of translucent material, and the indicator light can be seen through the blue shell when it is turned on. There are two hard disk holders in front, as well as the power button and one-button backup button. The overall workmanship is very good, and the details of the mold injection parts are very good. The dual-bit nas is also relatively small and does not occupy space on the desktop. 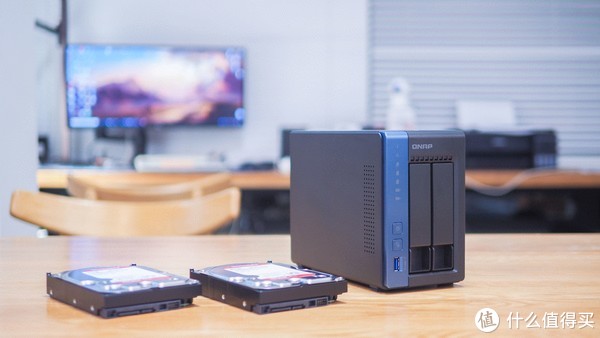 There are a row of delicate holes on the top of the hard disk carrier and a row of holes on the side, which should be designed to assist heat dissipation. 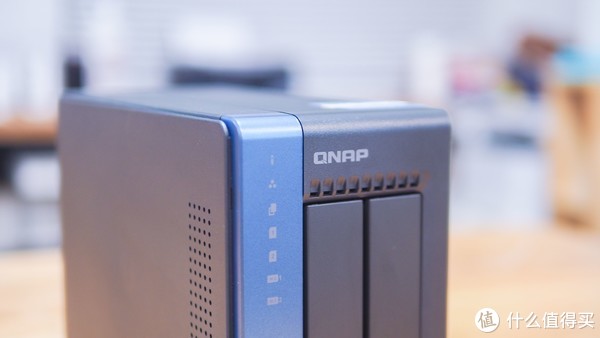 The bottom four foot pads are very stable on the table 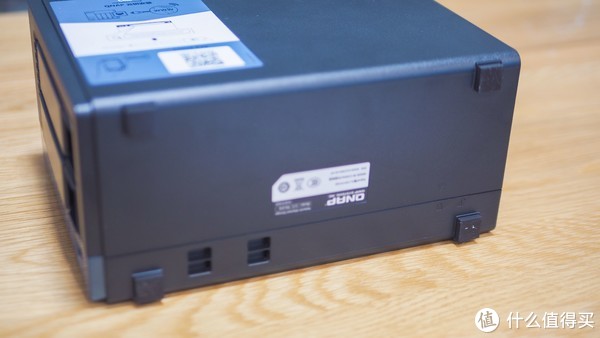 The back is equipped with two USB ports and a gigabit network port, and the bottom is the power interface. 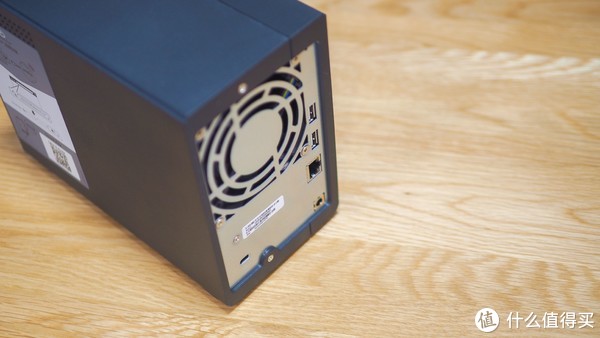 The Western Digital Red Disk Plus, which is the same model as mine, belongs to the NAS special disk. The Western Digital Red Disk Plus adopts CMR (traditional magnetic recording). Compared with SMR (tiled magnetic recording), it has better performance and faster RAID reconstruction capability. And it uses exclusive 3.0 technology, which can improve NAS storage performance and greatly reduce common hard disk problems in NAS systems. In the same sentence, professional things still need professional equipment to do. NAS storage uses NAS special disk, which is more expensive, but it is easy. 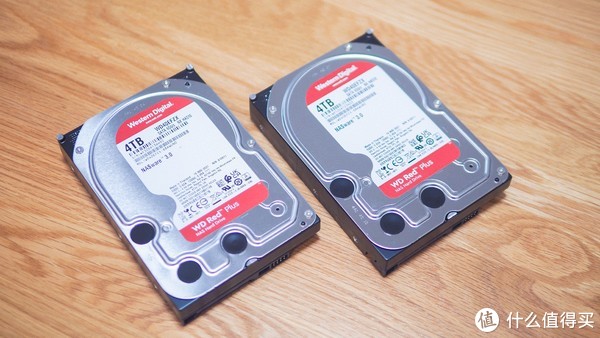 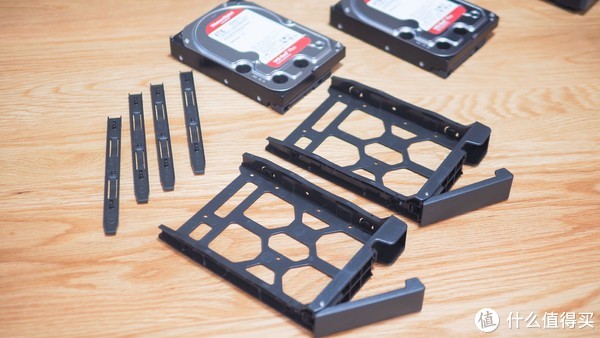 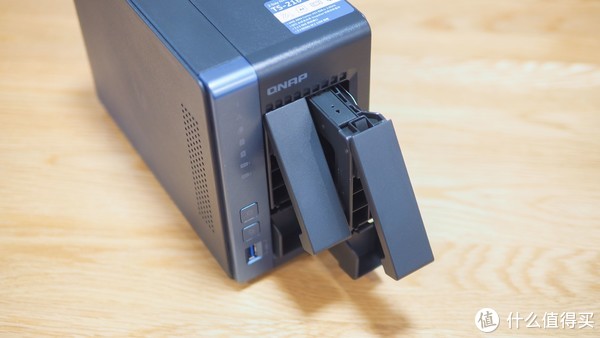 There are two M.2 NVMe PCIe slots on the motherboard, which can be opened by opening the chassis. The installation can be completed by using the screws included in the package. In design, only the long 2280 M.2 solid state disk can be installed. I use the western data red disk SN700 NVMe SSD. The solid state disk specially designed for NAS has the characteristics of high life and can meet the requirements of NAS storage 7 × 24-hour working conditions. In terms of system deployment, China Unicom has done a very mature job. It can use mobile phones and computers. I am accustomed to using computers. Here is a brief introduction to the process of computer deployment.

Verizon PC can use QNAP Pro to initialize NAS. In the initialization part, except for the account password setting page, the rest can be done without thinking about the next step, without any difficulties. As long as the hard disk is installed, it will not get stuck. If you want to know the specific process, many big men in the station have introduced it. You can pay attention to it.

You can customize the IP to facilitate your memory. Later, use this fixed IP: 5000 to access the NAS background. 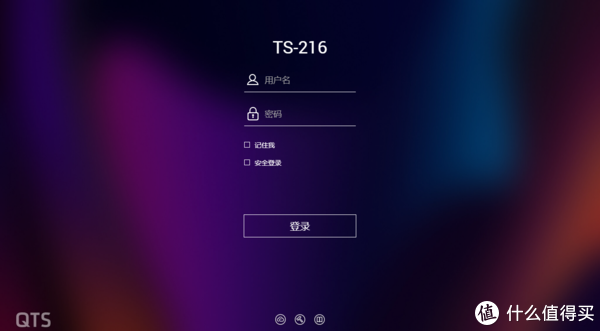 It is originally a dual-disk nas. I recommend RAID0, which can make full use of space. You can also configure your hard disk according to your preferences.

Internet access is actually a matter of concern to everyone, especially at the moment of the epidemic, people who go out face the risk of being isolated at any time. It is particularly important to be able to access home NAS from the Internet.

The most ideal method must be public IP. Dynamic public IP can achieve high-speed Internet access in conjunction with WeChat Unicom’s DDNS. At present, public IP policies vary from place to place. You can call the operator and ask if it is supported in most areas. I applied for dynamic public IP last month. It is still very popular to use ddns to bind domain names.

In addition, we use the device account provided by WeChat to log in remotely, which can realize remote access, management and data download. However, based on the speed of the official server, it is not as fast as the public IP.

If there is an error in the configuration process, you need to bind your account to your mobile phone. This should be noted. The content of the app in the WeChat system is relatively rich, and Plex servers can be deployed directly. Then, it is very good to build your own video and audio library with the help of hanging pt for download. It is good to use resources.

At the beginning, the idea of media library is to use Plex+in the app store. For users who have just come into contact with nas, the combination of these two software can completely meet the needs of daily download.

Here is a brief introduction to the purpose of these two software.

First of all, you should be familiar with Plex if you often hang around in Aunt. Plex’s powerful function is to scrape the poster wall, which is very convenient. Plex application is installed directly in the application store of WeChat Unicom. After setting the folder, it is basically finished.

Add the resource pool folder of movies and TV series in PLEX, and then mindless can complete the preliminary resource allocation. 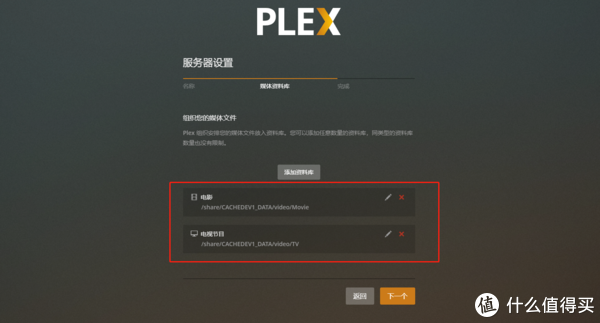 It is a download tool provided by the application store Liwei Unicom, which supports bt and pt downloads. A search engine is built in to search by yourself, and some download sources are built in, including the famous Pirate Bay, which should be the largest resource station in the world. You can see everything you can and can’t see. If you are interested, you can search by yourself.

Built-in resource search site, download speed is also OK, I recommend searching English names, don’t ask me why. Of course, since it is a downloader, you can also download content by importing seeds.

The only disadvantage is that it is troublesome to customize. If you don’t understand the code, you can’t add plug-ins by yourself. So, we are limited in the search step. However, if you are not afraid of trouble, you can download the seeds and import them into DS every time to download resources.

So some friends will ask, is there a way to do it once and for all? The answer is yes. Since customization is not supported, we will build our own search engine to implement it.

Another hard-core solution, if you can understand it, you really understand NAS, especially the folder mapping.

Use containers to automate the drama tracing process

Since containers are supported, these are not problems for us. They can be deployed. It mainly depends on WeChat, which is actually a container. The names in different nas brand systems are different. Qunhui’s container and Aisute’s system use the same deployment methods. In addition, you can also SSH connect to the background and use commands for installation. If you are not familiar with the Linux commands, you are still recommended to use the ones with graphical interfaces for image deployment.

Many friends will feel confused when they see this. In fact, don’t be afraid. Just understand what these four small things are. I drew a simple picture to help you understand. The advantage of and is that they can realize automatic play tracking. After the relevant TV dramas or upcoming movies are added to the monitoring, as long as our search engine can find them, they can automatically download updates. It is really super convenient, and everything is automatic.

1. In the file manager, create a new folder in the folder and record the path for retention.

Next, search inside, find the one shown in the figure, and install it directly.

We can check the installation command of. The framed part needs to be changed to the path in your own nas.

Click+in the image file to create the container.

Add two hanging folders, basically decompose the above code and fill it in the corresponding contents.

The specific operation is shown in the figure below

Wait a moment, as shown in the figure, and the creation is basically completed.

After a container is successfully deployed, all the containers to be used are deployed in turn:,, and the idea is basically the same. The important step is to mount the folder. In order to realize automatic drama tracing and open the hard chain, I directly moved the folder structure of the god.

What is hard chain? The explanation given by the god is that a file can appear in multiple places, but it only takes up space once.

Please strictly follow the following file structure. The folder can be renamed, but the structure cannot be changed, otherwise hard chain cannot be easily implemented.

–TV series (the root directory of TV series. When deploying, media is hung as the local media library)

–Animation (the root directory of the TV series. When deploying, the media is hung as the local media library)

In addition, we need to create several folders to be placed in containers. Here we use ()/data

If you don’t know how to deploy, you can understand the basic operation of deployment.